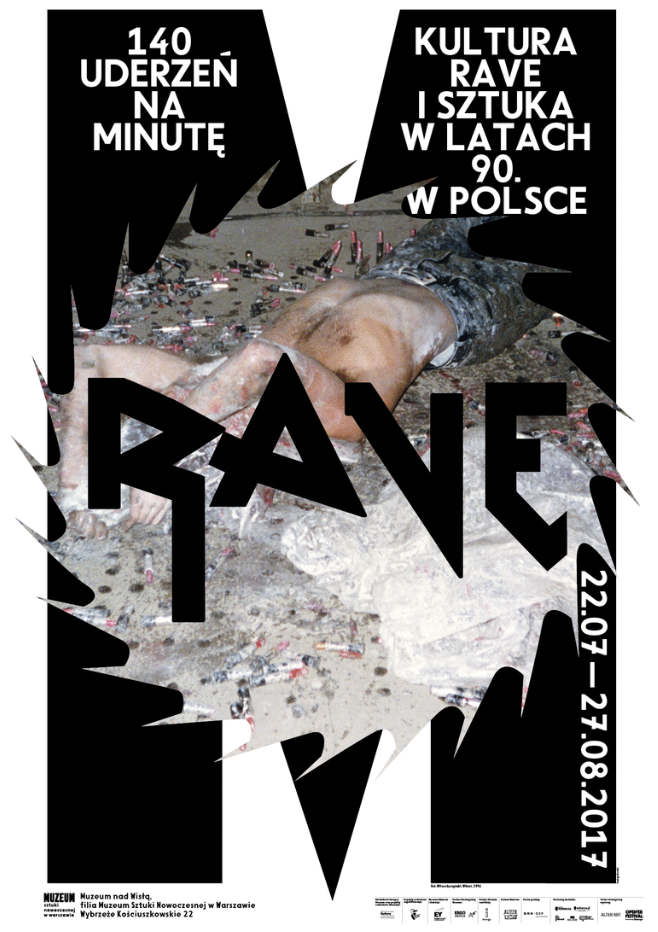 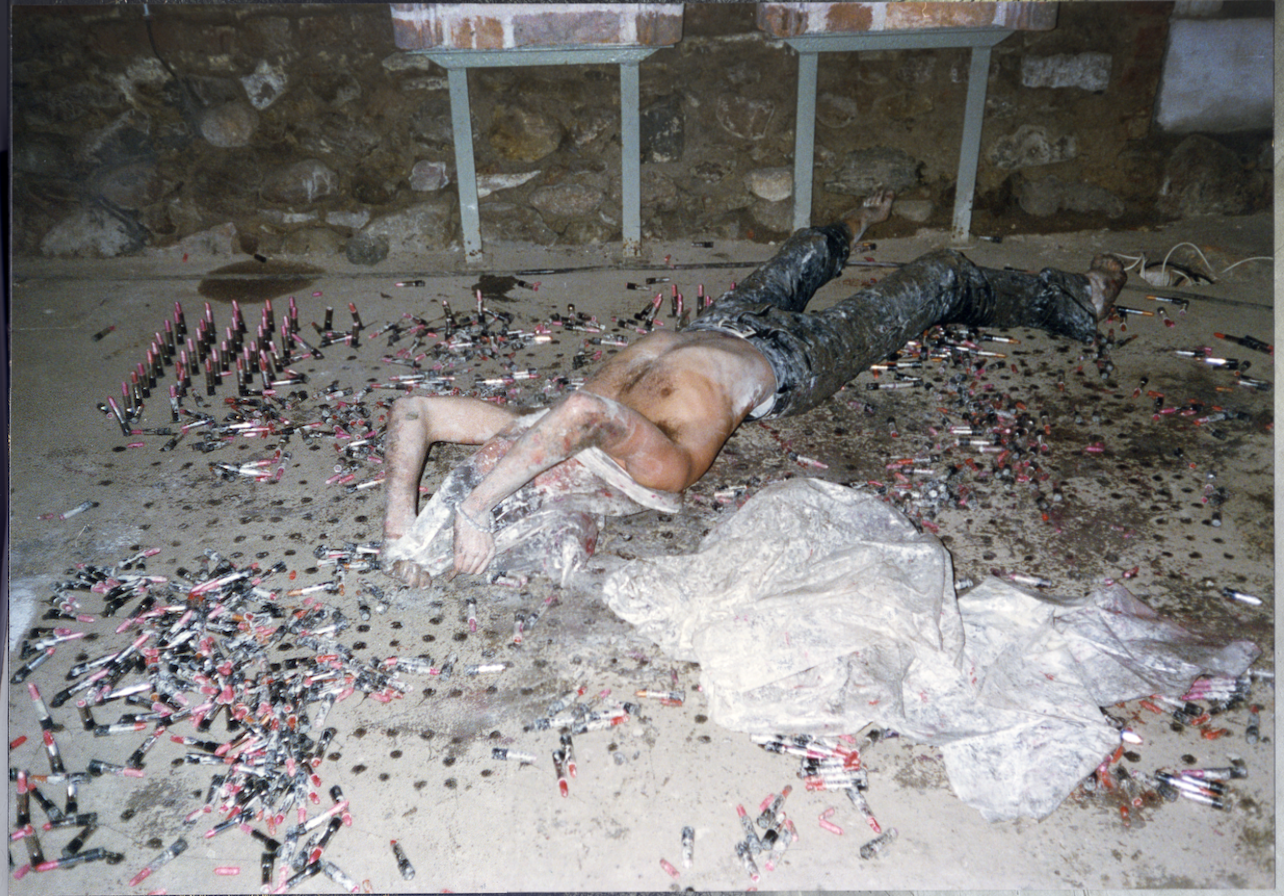 “Milosc”, TU-Performance, Torun 1995
.
The word “rave” is used to describe dance parties with electronic music – mainly techno – that began to appear in Poland together with the political system change in the early 90s, often voicing the naive, but nonetheless authentic optimism of opening up to the world, its civilizational and technological advancement.

The rave/techno culture was the music subculture that appeared after 80s punk, engag-ing visual artists fascinated by how the rave community came together in reaction to the neoliberal atomization, privatization and hierachization of society. It was also a new subculture, after the hippies, to show such interest in the visual. Images were as important for them as dance and music. It was the first time a dance party became an equally important medium for visual artists. Galleries became dance clubs, exhibitions turned into rave parties.

Visual artists were intrigued by a new figure present in rave culture, that of a sample artist — DJ and VJ — who creates his works live from prepared material. As opposed to previous music subcultures and artistic directions, a sample artist fights for his anonymity and contests the existing cultural hierarchies – the divisions between the revered artist and the fascinated fans. Artists interpreted techno as another incarnation of avant-garde, non-literary abstract art of constructivist provenance. By entering into a relation with rave culture, they showed interest in its technological aspect. Here, art is created mechanically. It is a reaction to the appearance of new, mass-scale technologies, such as personal computers and the internet, in the 90s. Art created in the context of rave was another chapter in the history of relations between art and technology, and a direct precursor of current post-internet art.

In the “140 beats per minute” exhibition we are especially interested in the role of rave in relation to the pop tendency of Polish art in the 1990s. In opposition to so-called critical art, artists creating this trend sought more inclusive, non-elitist forms of building communities through art.