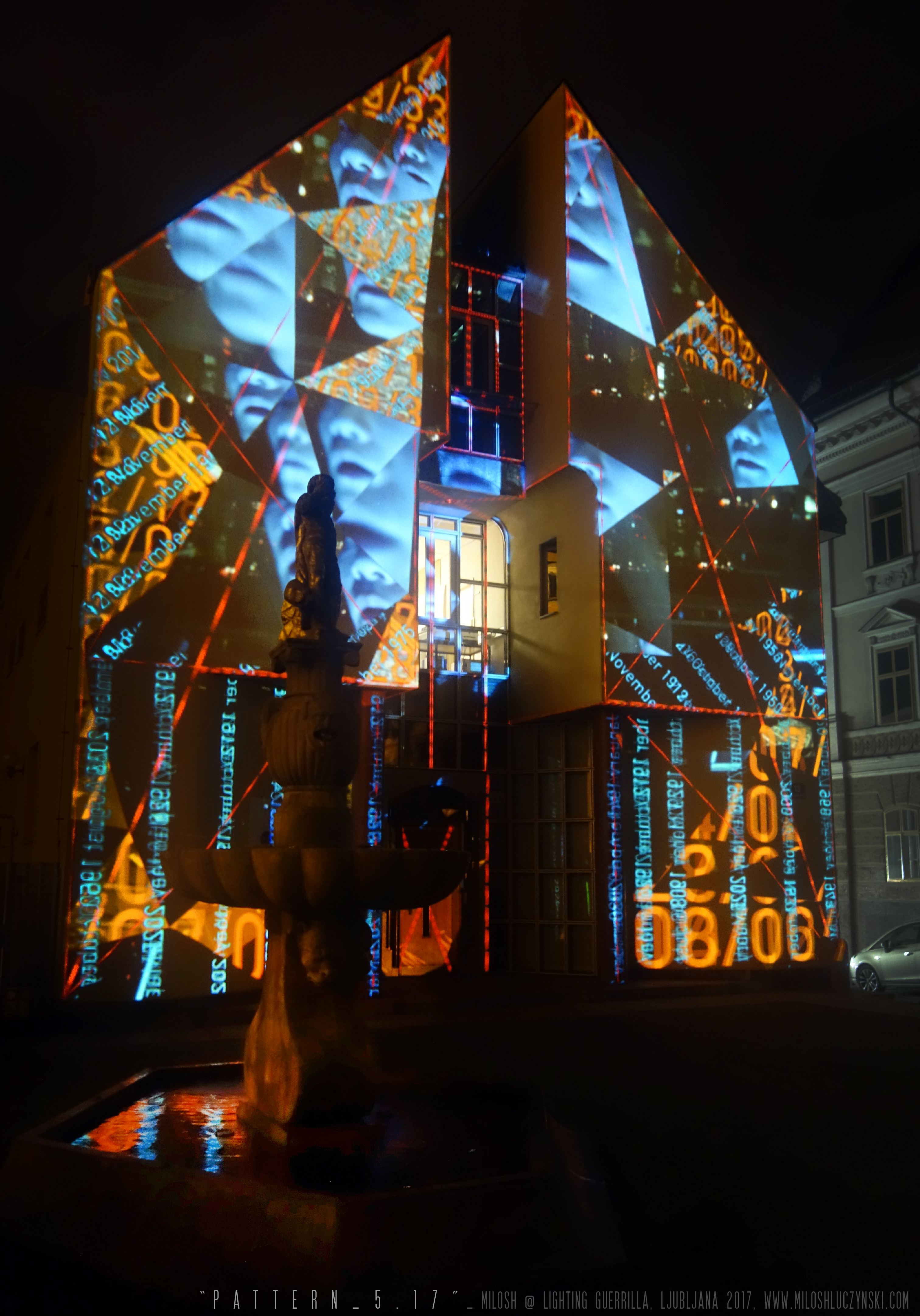 A key feature of this meditative projection, created by Milosh for Lighting Guerrilla, is exploration of different facets of reality, with which the artist addresses mainly its illusion-ness, realized through the subjective perception of the viewer. Dimensions of time and space, explored by the artist, are thus layered like metaphorical sediments of memories, imbued with the weldability of the unconscious and of the archetypal.
An important aspect of his installations is original music as well: this time, during the opening, he will be joined by a French DJ and sound designer Patrick Vidal, who’s atonal electronic compositions draw from the given visual material and respond to it, too

.
The eleventh edition of the Lighting Guerrilla festival (05. 2017) is focused on the topic of Memories. The content of this edition highlights the meaning and role of memory as manifested both on the level of a individual’s subjective experience and on the broader societal level. Remembering is an inherent human characteristic: by means of remembrance, an individual gives meaning and conceptualizes their past experiences, and at the same time often substantiates its present time and even future. Remembrance helps the man build its own individuality and define its place in the world. The modern man lives surrounded by its stored memory: many tools, such as books and internet, as well as some institutions, serve as storage for the memories of past times and experiences. In spite of that, memory is still something fragile and ephemeral, which is why it’s often subject to manipulation.