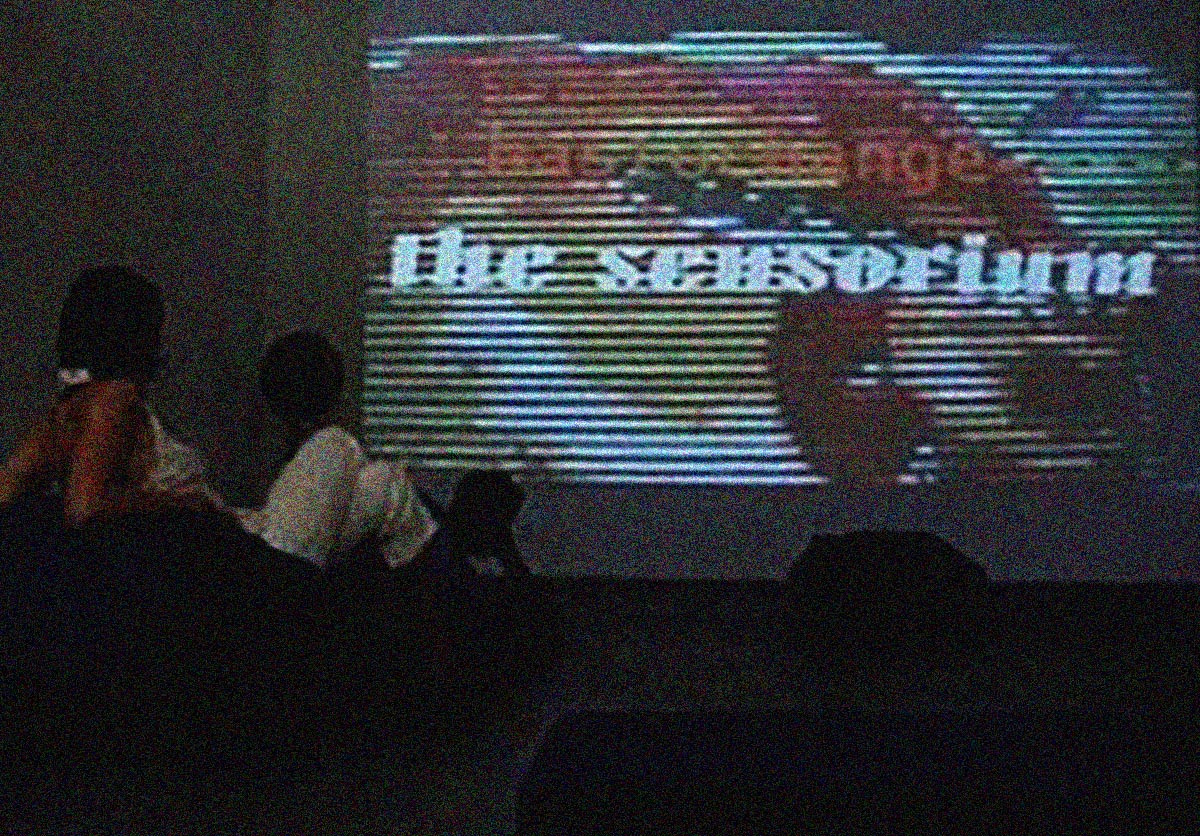 “I love voices, but not too many, and preferably so that one doesn’t understand them. I see them as abstract paintings.” (AphexTwin)

“Milosz Luczynski created an uncomplicated lounge for the screening of his video on very short notice. A couple of sacks for sitting, spare mattresses and two floor fans underscore the mood of the video. A mix made with two musicians (Johann Bourquenez and Artificiel aka DJ Cisco) is the soundtrack for a visual mix of found textual, graphic and photographic, analog and digital images.
Luczynski works as disc and video jockey and is also a qualified graphic designer. In , he uses the recordings of two live performances (in Toulouse and Perpignan), audio and visual material, his own creations and, as he calls it, . As Luczynski’s work shows, political attitudes seem to take recourse in a new vocabulary that is a mixture of music, dance, image and text. The artist’s main intention is to draw the recipient into his videos by means of the synaesthetic effect of multi-disciplinary media.”
– Sabine Schaschl-Cooper