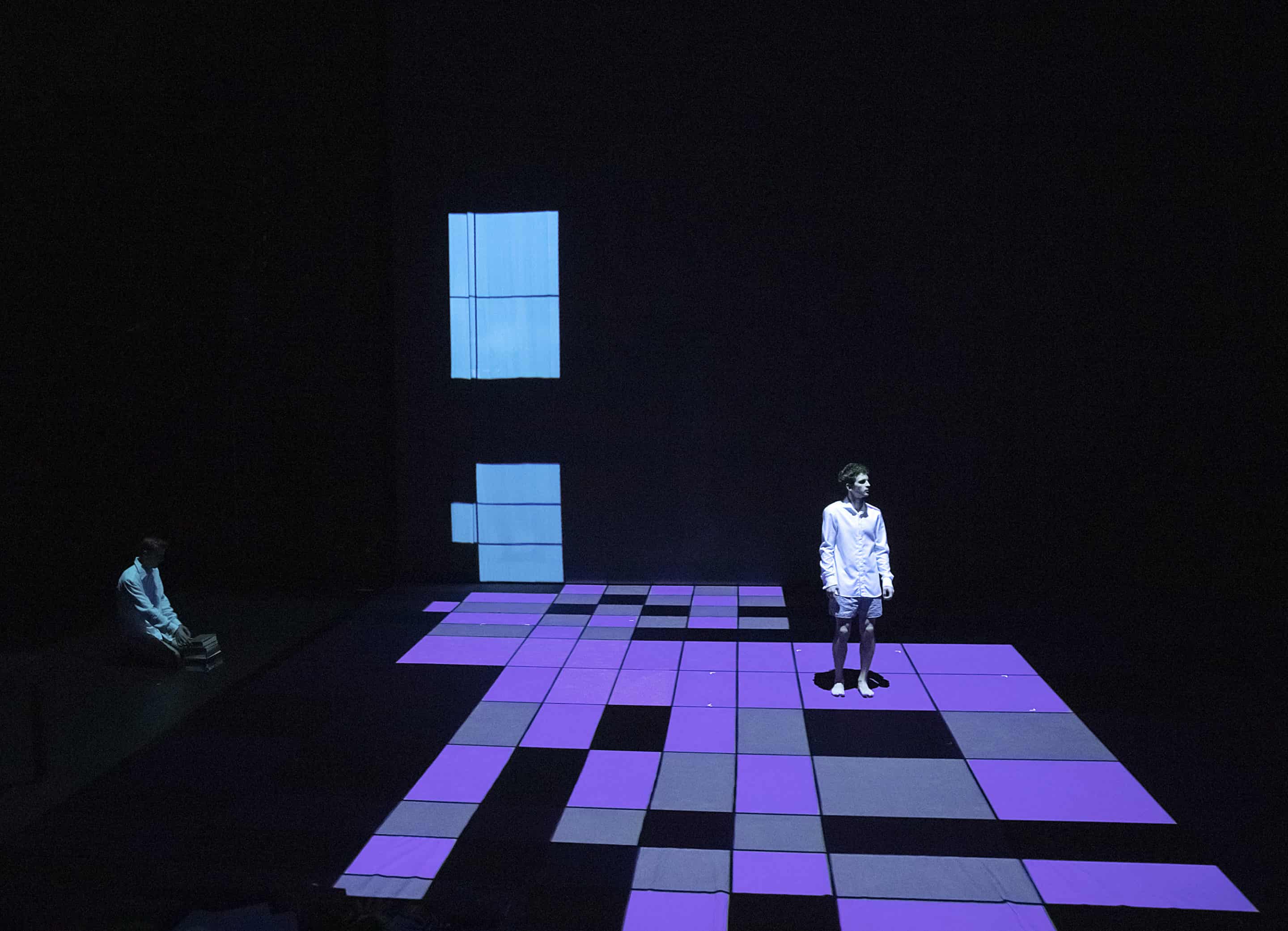 “Today it was a great pleasure to meet the French theater artists Isabelle Adelus Suran and Vincent Adelus, who staged their directed performance of text, movement, lights (perfectly creative work of Milosh Luczynski) and music (bravo to its author Rafal Mazur) “Veidas / Visage” at the Kaunas National Drama Theater. (the premiere performances with four of our actors – Marius Karolis Gotberg, Motiejus Ivanauskas, Povilas Jatkevičius and Artūrs Suziedėlius – took place ten days ago) according to the texts of Emmanuel Levins and his recorded conversations. (…) “ _ Valdas Puteikis

The 20th century French philosopher Emmanuel Levinas is well-known in Europe, as well as the fact that he comes from Kaunas. This exceptional personality died in Paris, France, 90 years after his birth in Kaunas. In 2022, it will become the bridge linking the two European Capitals of Culture: Kaunas and Esch-sur-Alzette. The play Visage/Veidaswas born to honour his memory and philosophy. The first performance in French took place at the Escher Theatre in April and the Lithuanian version is expected at the National Kaunas Drama Theatre on the 11th of November.